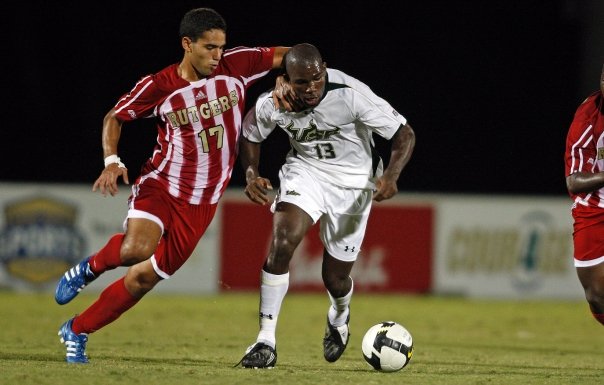 Egyptian footballer Aly Mazhar writes on how moving abroad helped turn him into the true professional he is today.

This is coming to you from a supposedly 12 year athlete but I have only truly considered myself one for the past 4 years. A professional athlete isn’t the one who signs a professional contract with a club or an agency but rather it’s a style of living that he or she follows in every aspect of life, not only during training but also with proper nutrition, attitude and recovery. The world just envies Cristiano Ronaldo for his unbelievable speed and strength, Lebron James for his incredible explosive power, Rafael Nadal for his absurd endurance but we don’t realize that what we see is the cherry on top; it is the day this man has been preparing for during the past decade of his life.

I started playing football for real when I moved from Maadi to Ahly Club at the age of 13. At first it seemed like a dream come true but then I realized it was only the beginning. Years have passed playing in the number one club in Egypt and all what was going on then was us beating other teams 5 and 6 nil simply because the club could afford to buy the best player out of every other team, not because we trained and worked harder than anyone else. Shortly after I got selected for the U17 Egyptian National team and I was proud of myself and so was my family. It all seemed perfect back then but shortly after I have realized it wasn’t.

I got an athletic scholarship at Rutgers University in the Unites States. As soon as I got there I have found out that the past four years have barely added anything neither physically nor mentally to my professional career. Going there all full of myself thinking I was a top level footballer whom is playing for his country’s national team didn’t last long. Our culture’s unjustifiable negligence to the importance of not only sports nutrition and conditioning but even general health and well-being had all suddenly hit me hard.

We have conducted preseason tests and surprisingly collegiate American Athletes were far much stronger, fitter and better than a supposedly international Egyptian player. That was like the shock of my life. The players have outperformed me in every physical aspect of the game. I had then realized that those differences have been built over years and were not only a result of a good intense preseason workout program. Only then I have made the decision of my life to start for real changing my habits, researching, educating myself and seeking advice to become a better athlete.

The second year my results have dramatically improved and by the third year I was in the top portion of the team in all aspects of the game. I came back here, signed a first team professional contract and sadly found out that it’s the same thing in the top level as it used to be in the youth. However, I have learned how to become professional myself, what it takes to outperform my teammates and to maximize my performance on the field. This keeps me motivated and striving to get better and better on every single day of training.

My story is not directed to professional Egyptian athletes as they probably won’t read it. This is for each and every one of us to start opening our eyes, digging deeper for the facts, decide what you want whatever it is but just GO GET IT. Nothing comes right to you but I can assure you that the harder you will work, the luckier you will get and everything will just fall into place then. Look behind the scenes and find out what it takes to get that ripped body you’ve always dreamed for, how to become as fit as your yoga instructor or even how to live a healthy life inorder to enjoy the best of times with your family and the ones you love.

This article was first published by Aly Mazhar on The BootCamp; published on King Fut with their permission.