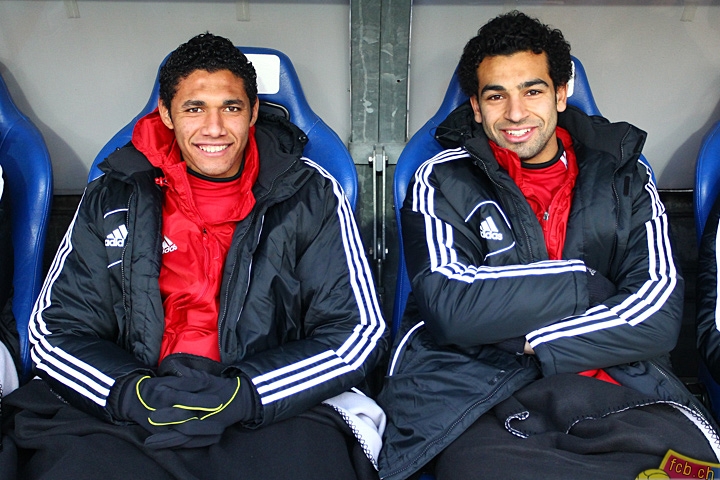 FC Basel have denied claims that Mohamed Salah and El-Nenny have refused to play against Israeli outfit Maccabi Tel Aviv in Champions League qualifying, but the Egyptians have yet to decide.

Basel are due to face Israeli side Maccabi Tel Aviv, who defeated Hungarian champions Győri ETO on a 4-1 aggregate to advance to the 3rd qualifying round of the UEFA Champions League, with the first leg coming in Switzerland next week; but the Swiss champions’ Egyptian stars Mohamed Salah and El-Nenny remain undecided over the ‘difficult’ trip to Israel.

According to Egyptian media, Salah and El-Nenny would refuse to play against the Israeli side, even if it would them their contracts. It was also suggested that they would only play the home leg in Basel and not travel for the away fixture in Tel Aviv next month.

FC Basel sports director George Heitz has strongly refuted these claims, nevertheless, this hasn’t eliminated the fact that the Egyptian duo could fall to pressure from home.

Salah also denied these rumors, however, the 21-year-old winger along with compatriot Mohamed El-Nenny, who was injured last weekend in a league match against Grasshoppers, have yet to voice a final decision.

“I do not know yet,” Salah, Egypt’s top scorer in the World Cup qualifiers so far, was quoted as saying by Swiss newspaper Blick.

“I have never said that I will not play. But that the situation is difficult.”

Former Egypt internationals Nader El-Sayed and Hany Ramzy both made trips to Israel during the late 90s with Club Brugge and Werder Bremen respectively.

VIDEO: Hegazy scores in Fiorentina win as Gomez bags first brace
Al-Ahly without stadium ahead of CAF clash with Pirates