VIDEO: Salah has last laugh in Israel as FC Basel progress after draw 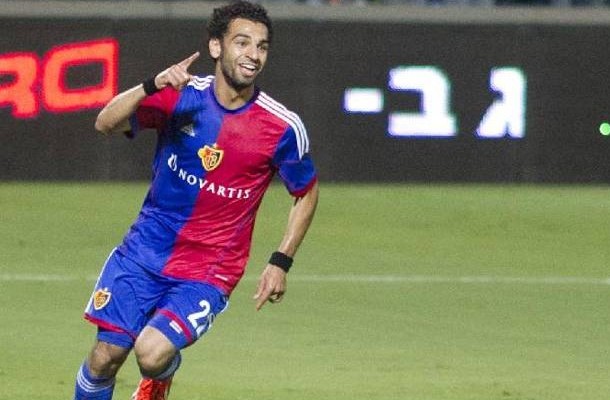 Mohamed Salah started and played 75 minutes as FC Basel drew with Maccabi Tel Aviv in a tense encounter to make it through to the next round of Champions League qualifiers. Compatriot Mohamed El-Nenny was replaced with Xhaka in the starting lineup, but came on in the 75th minute to replace Salah and get some minutes in a great win (over the two legs) for the Swiss champions and the Egyptians.

Controversy surrounded Salah, the more outspoken of the Egyptian pair in the lead up to the match after some quotes from the enigmatic forward were released by the press, and that didn’t stop as Salah again refused to (as he had done in the first leg) shake hands with the opposition, fist bumping them with minimal contact instead.

The first half burst in action as early as the 2nd minute, when Stocker of Basel was fouled, with the Israeli side conceding a dreaded penalty. The penalty was dispatched clinically by Schar, giving the Salah and El-Nenny’s side a 1-0 lead on the night and 2-0 on aggregate. Salah, quiet in the early stages, received his first proper touch of the ball to the whistles and boos of the Israeli fans in the 15th minute. But these boos and jeers would be silenced with the Egyptian scoring a lovely goal in the 21st minute to double his sides advantage. After gaining the ball in midfield, FC Basel launched a counter attack, and with the unmarked Salah bursting down the right wing unmarked, he was able to receive a pass and slot it first time past the keeper with his right foot. The celebration wasn’t as loud as the goal, but it was powerful, with Salah gesturing to the crowd and prostrating.

11 minutes later, FC Basel had another with a scorching strike from outside the box converted by Diaz, to take the lead up to 4-0 on aggregate. However, in one of the most frantic games of the round, the Israelis pulled on back two minutes later, as a drive was saved by Sommer, only for the ball to fall to Fabian Schar, who was not able to pull his legs out of the way in time, scoring an own goal in the process. 5 minutes later the Tel Aviv side had a second, with some slack defending from Basel opening up a path for Zahavi, who finished with aplomb. 3-2 to FC Basel at half time, and it set up a bumper of a second half!

The second half started off in similar fashion, with a rapid pace being implemented by the Israeli side who were desperate to re-ignite their dying flame in the tie. Salah almost had an assist to add to his exquisite goal as a through ball to the wide open Diaz was intercepted. With Basel happy to sit back and protect the lead, pressure mounted. In the 55th minute, Maccabi got an equaliser through Radi, making it 4-3 on aggregate, but Basel still held the upper hand with the away goals. Again, Salah, who started off quiet in the first half, became more and more prominent as the half wore on. Moving into an almost lone striker role, Salah’s pace and skill gave the Israeli side’s defence some problems, however he was substituted for compatriot El-Nenny in the 75th minute. Walking off to boos and whistles, Salah was yellow carded for apparent time wasting after an altercation with a Maccabi defender.

El-Nenny put in a tidy shift in the centre of the park once he made it onto the pitch. He made quite a few tidy passes and some well read interceptions, drawing some fouls to eat up the time left on the clock in the process. Basel fans almost had their heart in their mouths in the 88th minute, as a Maccabi header from a free kick was magnificently saved from Jan Sommer, who pulled off the lightning quick reaction save from close range to ensure FC Basel’s progress into the next round. The match ended 3-3, with Basel progressing to the next round of qualification with an aggregate score of 4-3. The draw for the next round will be made on Friday, with Salah, now the first Egyptian player to score against Israeli opposition, and El-Nenny looking forward in the competition, hoping to make the group stages.

The Pharaonic Struggle: Egyptian Players and Professionalism
No Kahraba for Hull City as Egypt U-20 star set for FC Luzern move