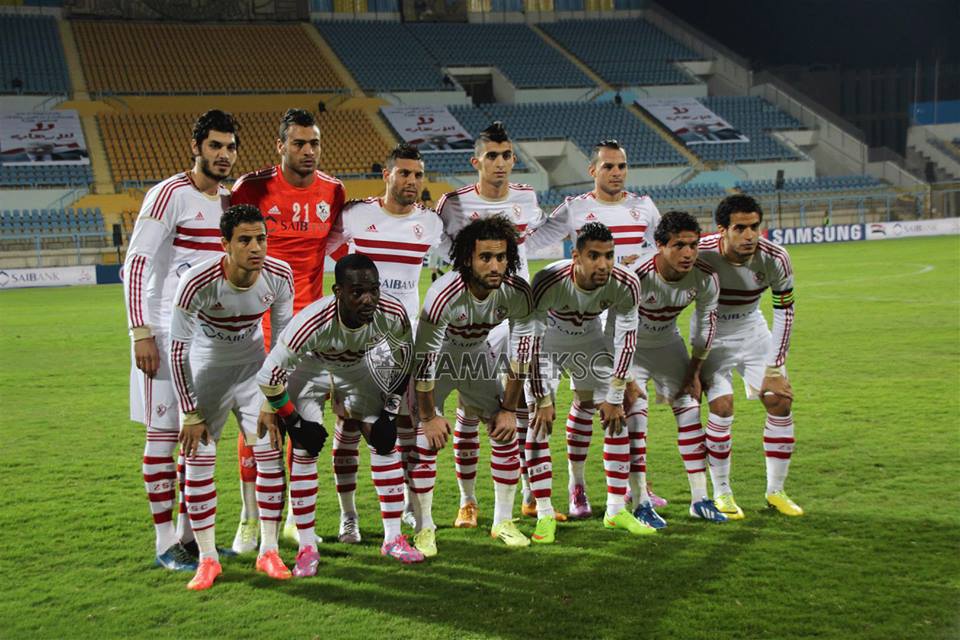 Zamalek defeated Al Masry 1-0 in the 10th round of the Egyptian Premier League to top the league after five straight wins.

Bassem Morsi scored the only goal of the game near the half-hour mark, to make it 21 points out of a possible 27 for Jaime Pacheco’s men.

It took the visitors 18 minutes to pose any real threat on Zamalek’s goal when Ahmed Dawoud’s pass found Hamada Yehia who went through on goal, the striker’s sloppy shot went off target.

Twenty one minutes into the game, the Whites came close to scoring. Ahmed Samir’s free kick was saved by Massoud but Kamar was there on the rebound before Massoud miraculously managed to save the ball and turn it into the corner.

In the 25th minute Zamalek’s Mohamed Shaaban failed to clear the ball properly, Mohamed Adel received the ball on the right flank before he crossed it to Ex-Ahly Striker Ahmed Raouf who wonderfully touched it with his chest to laid it off to Ahmed Dawoud, but the latter’s shot went over the bar.

The 31st minute witnessed the first goal of the game. Ali Gabr attempted clearance fell to Morsy who beat two defenders and went one on one with the keeper before finishing it off to make it 1-0.

Minutes after half-time, the visitors where close to equalising. Mahmoud Gabr latched onto Mohamed Adel’s free kick heading the inches over the post.

It seemed that Al Masry was poised to score as in the 61st minute they won a penalty. Egyptian International Ali Gabr tackled Hamada Yahia inside the box. However, Abo-Gabal Saved the penalty that was taken by 32-year-old Ahmed Raouf.

Only 15 minutes before full time Mohamed Koffi was shown the red card for violent conduct on Ahmed Raouf.

Two minutes into stoppage time Al Masry’s Goalkeeper Ahmed Massoud failed to take a goal kick properly, Bassem Morsi received the ball and took a shot from a far distance, however Massoud made up for his earlier error.