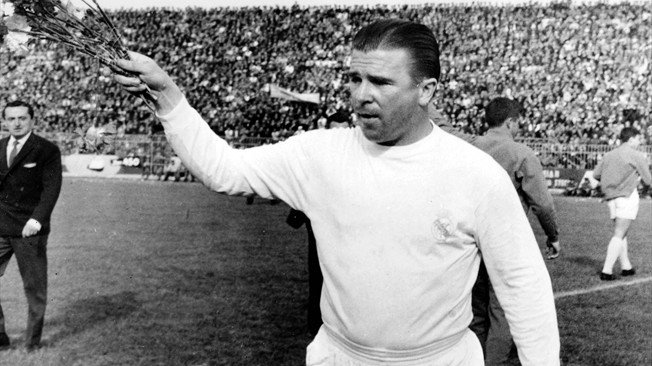 Many Egyptian clubs have seen illustrious managers come and go in their respective histories, but few of those appointments can hold a candle to the time Al Masry pulled off a surprise managerial coup: Ferenc Puskás.

The ‘Galloping Major’ – a nickname he earned after military-owned club Budapest Honvéd SE assigned a rank to each of their players during the 1950s – is widely regarded as one of the greatest forwards in history. With 592 goals in 610 matches for club and country, as well as no less than 15 club honors, the Hungarian has been a household name ever since he became a part of the ‘Mighty Magyars’. A second-place finish in the 1954 World Cup only confirmed the forward’s quality.

Ferenc Puskás was signed by club board member Sayed Metwally on a monthly wage of four thousand Egyptian pounds – a huge sum at the time – at a time when the club was experiencing a period of relative economic stability.

The signing was announced on a hot July day, amid skepticism from the club’s supporters. After all, who would believe that an Egyptian club – and one that hadn’t even won a league title yet – could sign one of the most famous figures in world football as their manager? Nevertheless, Puskás arrived from AEK Athens to much fanfare.

The Hungarian’s four seasons at the club were characterized by Al Masry’s ability to push the ‘big two’ like never before in their matches, but the three-time European Cup winner was adamant that finishing in third place was the ‘real’ trophy; he believed that no one would be able to break into the top two due to the ‘preferential treatment’ received by Al Ahly and Zamalek.

Puskás’ first action at the club was to take the squad on a pre-season tour in Switzerland. Al Masry were virtually unknown in Europe at the time, but their expedition led to overnight fame; the Puskás factor was already paying dividends.

Al Masry returned to Egypt for the start of the new season, and observers could clearly see that something within the team had changed. Morale was high, and the manager had instilled a free-flowing, attacking philosophy in his players. There was an instant upturn in results too; the Green Eagles defeated Zamalek in Port Said and drew 1-1 away in Puskás’ first season. They would also hold Al Ahly to a draw at home, before suffering a controversial 2-1 defeat in Cairo, in a highly-charged match. They finished the 1979/80 season in third place.

The following season would see Al Masry reinforce their ranks with talented youth, as the aforementioned Metwally started his presidential reign at the club. A 1-0 victory in Port Said over champions Al Ahly was the highlight of another good season in which the Boss of the Canal retained third place in the league.

Ahead of the 1981/82 season, the club would add 1981 FIFA Youth World Cup stars Tarek Soliman and Hesham Saleh to their already impressive squad. A 1-1 draw at home to Al Ahly in the opening game of the season signaled the start of a historic league season for the club. After leading the league standings at the halfway point, a tough home loss to Zamalek was accompanied by crowd trouble. This led the Egyptian FA to move the remainder of Al Masry’s home matches to another stadium, and the lack of home support proved costly; the team would lose all of its remaining fixtures and finish the season in fifth place.

After a one-year hiatus, Puskás returned to the club for one more season, in which the team finished as runners-up in the Egyptian Cup. Al Masry were leading Al Ahly 1-0 going into the final minutes of regulation time, but a late equalizer from Alaa Mayhoub would send the match into extra-time, and the Red Devils would score another goal to clinch the title.

Despite the team’s tendency to fall at the final hurdle, and the manner in which the fans’ hopes would be shattered at the very end of the latter two seasons, Masry supporters remember Puskás’ time at the club fondly, and many have even named their son after the prodigious Hungarian. The club continue to honor his memory on the anniversary of his passing; Ferenc Puskás will always be a huge figure in Al Masry’s storied history.