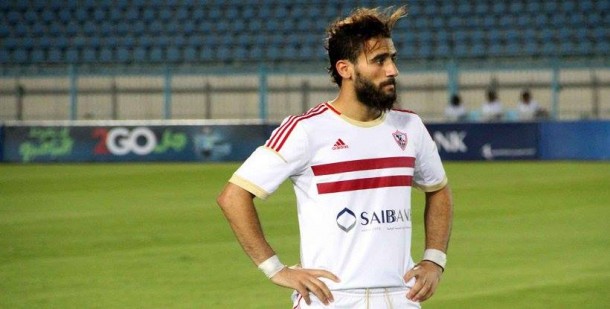 Zamalek chairman Mortada Mansour has reached an agreement with striker Bassem Morsy on a contract extension, the club announced on Tuesday.

This comes one day after the club announced renewing the contracts of goalkeeper Mahmoud Gennesh and midfielder Ibrahim Salah. Zamalek revealed that Salah extended his contract for three seasons, which would keep him at the club until the 2019/20 season.

Morsy’s renewal comes after several news reports indicated that the Egypt international striker might not be interested in extending his contract with the White Knights.

The player’s contract was due to expire at the end of this season, but according to the Zamalek website, the player expressed his devotion to the club and agreed to extend his contract. The details of the new contract are yet to be revealed by Zamalek.

The national team striker has so far scored three goals with Zamalek this season and played an important role in the team’s road to the CAF Champions League final.