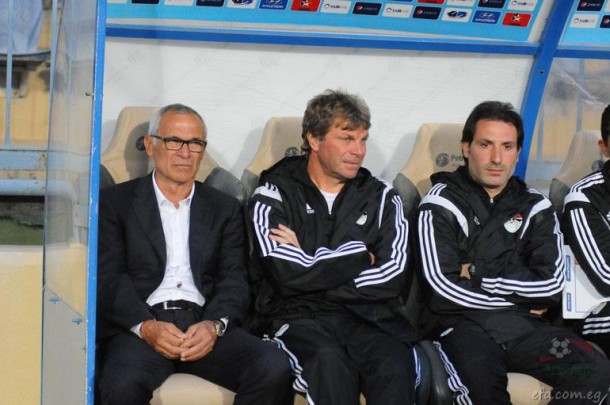 Egypt national team assistant coach Mahmoud Fayez talked about the reasons that caused the Pharaohs to have a poor start in the 2017 African Cup of Nations in Mali and Uganda matches.

The national team was able to reach the quarter-finals with seven points on top of Group D after beating Ghana 1-0 on Wednesday with a more enhanced performance than the previous two matches.

“I know that our match against Mali was not up to expectations but let’s put into perspective that this was the first AFCON match for this generation and after an absence from the tournament for seven years,” Fayez told DMC TV channel. “The players are a bit keen during matches, but overall they are doing what we are asking them to do.”

Fayez also said that Ghana’s style of playing during the game was the same that was applied during the last encounter in the FIFA World Cup qualifications match. “That’s why we were able to close on more spaces,” he added.

As for Mohamed Salah’s stunning free-kick goal, Fayez said: “We’ve trained a lot on this free-kick and thankfully we were able to score a goal from it in the match.”

Salah: Quarter-final ticket is more important than my goal
Sobhi: We plan to win against Morocco