Ghana’s Atsu blames poor pitch for their loss against Egypt 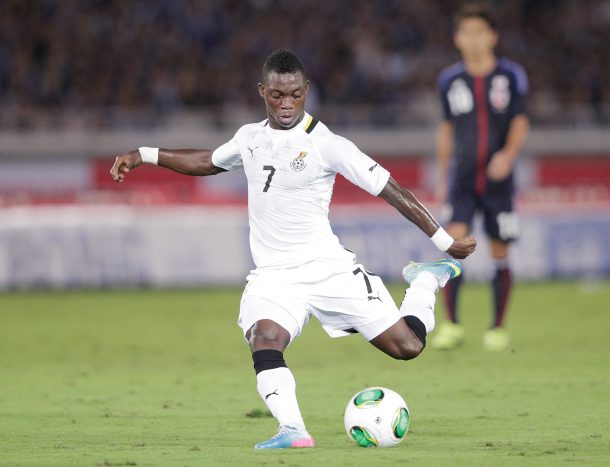 Ghana winger Christian Atsu has blamed Port Gentil’s poor pitch for their 1-0 loss against Egypt in Group D of the 2017 AFCON.

Following Ghana’s 1-0 defeat to Egypt in the final round of the group stages, Christian Atsu has talked to the press about the reasons for their loss saying that Port Gentil’s pitch affected how the team played.

“It was a good game, we are hoping to win but it didn’t happen, the pitch was not good and it affected our play,” Atsu said.

“Playing on it was very difficult and it affected us but we have to look forward to the next game, we have to prepare and hope to get a better result.”

Atsu has missed a chance during the match in which the ball hit his chin after bounding off the poor pitch. The Port Gentil pitch has attracted negative attention due to its poor nature and the number of injuries suffered by players playing on it.

The three points earned by Egypt has put them on top of Group D with seven points while Ghana are second with six points. The Pharaohs are set to face Morocco on the Port Gentil pitch in the quarter-finals while Ghana are to face DR Congo at the Stade de Oyem.