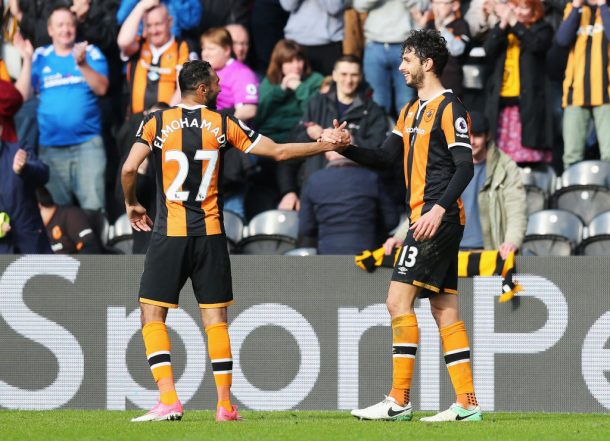 Egypt international Ahmed Elmohamady featured in Hull City’s 2-1 win against West Ham United in the 30th round of the English Premier League.

The 29-year-old started the game and played the full 90 minutes as his side defeated West Ham 2-1 at home, to earn valuable three points that will help them in the relegation race.

Former Liverpool and Newcastle forward Andy Carroll scored the opening goal in the 18th minute after a converting Aaron Cresswell’s cross, taking his tally this season to seven goals.

The game was heading to a draw, but Inter Milan loanee Andrea Ranocchia scored the winning goal in the 85th minute, to earn his side a valuable three points.

After this win, the Tigers are currently 18th in the English Premier League with 27 points, the same as 17th-placed Swansea City, but the latter have a game in hand against another relegation contenders Middlesbrough.

The Tigers’ next game will be against Middlesbrough on Wednesday, April 5, at the KC Stadium, while West Ham will face rivals Arsenal on the same day at the Emirates Stadium.