Kasimpasa confirm Mahmoud Trezeguet wants to stay at the club 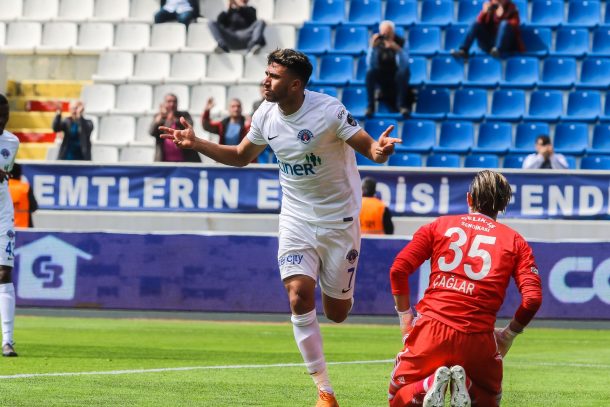 Kasimpasa’s sporting director Nursal Bilgin has confirmed that Egypt international Mahmoud Trezeguet will stay at the club, despite reports.

Slavia Praha, Galatasaray, and Inter Milan are among the clubs to have expressed an interest in signing Mahmoud Trezeguet from Turkish side Kasimpasa.

Trezeguet was on the brink of completing his transfer to Slavia last week after agreeing personal terms with the club, but KingFut had recounted that the former Al Ahly player put the deal on hold as he was still undecided.

His move to Italian giants Inter was 80 per cent complete few weeks ago, but Inter’s reluctance to conclude the deal immediately complicated matters.

And today Kasimpasa’s sporting director Nursal Bilgin has said that Trezeguet’s desire is to stay at the Turkish club.

“Trezeguet wants to stay at the club, and we want that as well,” Bilgin told beIN SPORTS.

Trezeguet, who featured in all three of Egypt’s games in the World Cup, was one of the main reasons behind Egypt qualification after winning two crucial penalties during the qualifiers, including a last-gasp penalty in the decisive game against Congo.