The Liverpool forward dropped one place from last year’s rankings when he finished third behind Luka Modric and Cristiano Ronaldo.

This year, however, it was Lionel Messi, who claimed the award, after collecting 46 points, with Salah’s teammate Virgil Van Dijk (38) coming in second place, followed by Cristiano Ronaldo (36).

With 10 points less than Ronaldo, Salah came in fourth place and was followed by his Liverpool teammate Sadio Mane with 23 points. 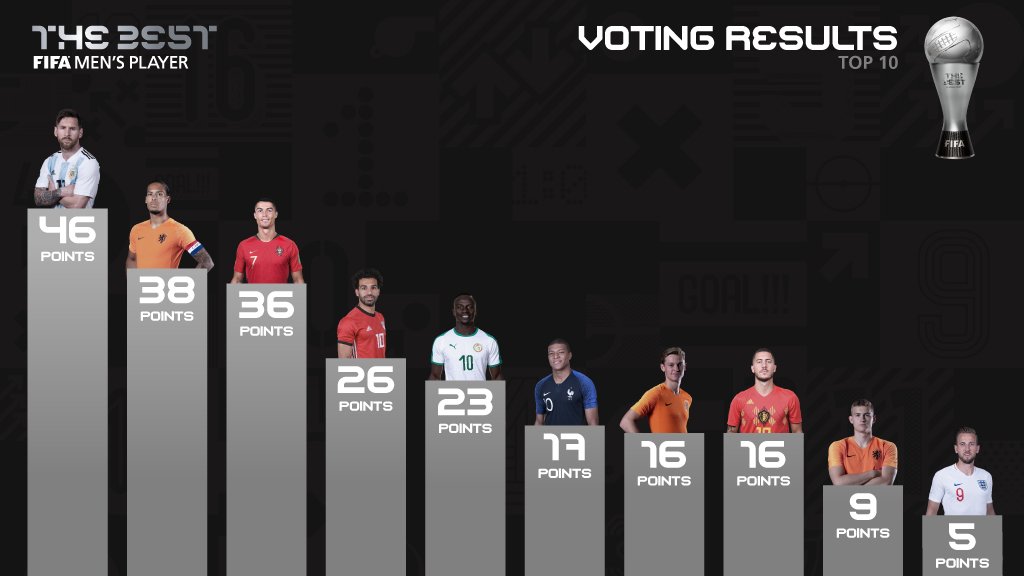 Despite finishing in the top five, neither of Salah or Mane managed to make the Team of the Year, losing their places to sixth-placed Kylian Mbappe.

Meanwhile, Salah’s manager Jurgen Klopp was named as the best Manager in the world, beating Pep Guardiola and Mauricio Pochettino.

Algeria’s manager Djamel Belmadi came in fifth place after guiding his side to the 2019 Africa Cup of Nations.