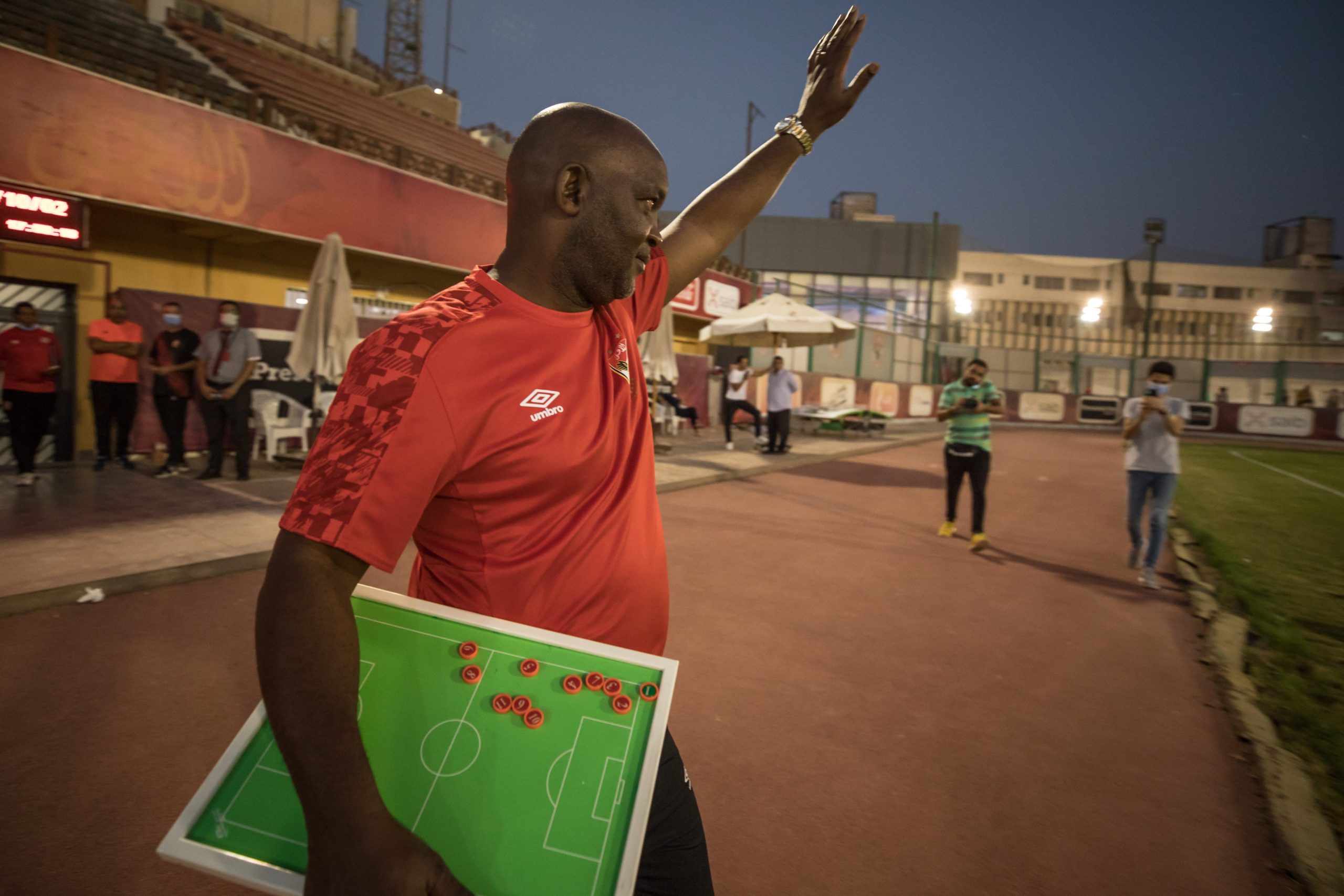 With Pitso Mosimane moving to Al Ahly KingFut.com have collaborated with On the Whistle podcast to discuss one of the biggest African managerial moves in recent times. On The Whistle is an African football podcast that aims to create a platform for Africans to talk, debate, and most importantly tell their own stories.

Lorenz explained the disbelief and shock amongst Mamelodi Sundowns fans and the general South African population, saying it was a big shock that he joined Al Ahly but an even bigger shock that he left Sundowns after recently signing a contract extension.

Pitso who had won 5 PSL titles and the CAF Champions League with Sundowns is one of the most decorated coaches in Africa. However, things started to become stale with the players losing interest in him after an 8-year stint as manager. Lorenz added that “Pitso felt he wasn’t wanted by the club and there wasn’t enough effort made to secure his future”, with the panelists agreeing that it was disrespectful given the professionalism and success he provided the club.

At the same time, Al Ahly were looking to replace their departing manager Rene Weiler and wanted someone with CAF Champions League experience. The panelists said that Pitso with his experience in beating the big sides was the perfect man for the job. Courtney Freese stated that he will bring Al Ahly a playing style like that of the Van Gaal, playing the 4-4-2 formation and he will instill good discipline in his players.

In the podcast, Francis Nkwain explains how poignant Pitso’s move to Al Ahly is for South Africa and Africa as a whole saying: “His move as the first black African and sub-Saharan manager of Al Ahly is a very powerful symbol. It is important for us to have a trailblazer like this who has tremendous competence. The symbolism speaks to the Pan-African spirit that very often we speak out but isn’t often a reality in our football. Not only do our players rarely move between our leagues but we definitely don’t see our football coaches.”

Francis also highlighted that the move was so important it garnered attention from the leader of South Africa, “Because of what this [move] represents the president of South Africa tweeted a message of goodwill, for a coach simply changing jobs, it means this much to people because of what it represents. We are finally seeing someone moving from South Africa to Egypt so naturally and normally and that is what should be. We now also hope in the same way an Egyptian coach can do the opposite.”

KingFut.com editor Ahmad Yousef was keen to highlight that winning the Egyptian Premier League will need to be a formality for Pitso and that he has that experience from managing Mamelodi Sundowns. He added that the “CAF Champions is what they want, after not winning it for a number of years” and that is what Pitso will need to provide Al Ahly.

For the full podcast and insight into Pitso’s playing style and how he will manage to play central attacking midfielders, check out the following links below:

Ahmad Yousef is a proud Egyptian football fanatic who started playing football at a young age and was scouted for Ipswich Town. A hardcore Tottenham Hotspur fan and Zamalek supporter by blood, Ahmad mainly follows European football involving Egyptian players and the Egyptian national team. Ahmad’s love for Egyptian players abroad is what initially spurred him into writing. He now writes regularly and is also an editor at KingFut.com.